Back to blog
Posted December 9 2021
Written by Farid Brahimi

EACOM Timber Corporation is a major Canadian wood products company. Its operations include the manufacturing, marketing and distribution of lumber and wood-based value-added products, and the management of forest resources. EACOM manages their business processes by running SAP ERP. This article describes their accelerated journey to the cloud.

EACOM have been running their SAP Landscape (ECC6, BW, SOLMAN, etc.) through a third-party data center for several years, and the customer (a host provider) was getting increasingly frustrated by numerous unplanned downtime incidents, lack of visibility on the root cause of those incidents, and the impact it had on its ongoing productive operations.

Also, the limitations inherent to SAP’s On-premise edition were gradually preventing EACOM from innovating with its business processes. Testing a new SAP process flow on a sandbox system means buying equipment and maintenance services for the sandbox servers, and paying even after you no longer need them. With cloud infrastructure as a service (IaaS), you can rapidly adapt your SAP infrastructure to your business needs, without having to make large upfront investments in costly hardware each and every time. This makes adopting a new SAP business process solution easy and inexpensive, and remarkably flexible.

Moving to the cloud would also be an opportunity to rejuvenate the whole SAP Landscape; the databases, operating systems and SAP kernels would all be running on the latest versions.

Running SAP in the Cloud Is Expensive … Or Is It?

Cost optimization is a top initiative for every organization—we know it, and the cloud providers know it. COVID-19 has further amplified the criticality of cost optimization for businesses. 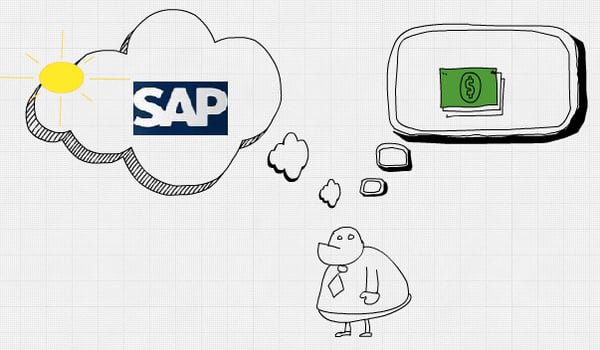 Figure 1: Pricing SAP can be cloudy

Cloud pricing has always been a difficult exercise due to the frequency with which prices change. Improvements to existing services (for example, latest generation instances/VMs) also complicate pricing comparisons because they tend to provide better performance for the same price or less. Similarly, the availability of a service, the region(s) in which the service is deployed, and the committed use or committed payment discount applied to the service can also make a difference. And running SAP in the public cloud would only make that pricing exercise more difficult because of the constrained support of operating systems, virtual machines (VM), storage layout, etc.

To that effect, Createch has developed tight partnerships and privileged relationships with major cloud service providers to offer targeted incentives when moving SAP landscapes to the public cloud, with simple billing and no hidden costs. Then, our cloud partners estimate the pricing, and those finalized cloud IaaS quotes are balanced against comparable hosting offers from data centers, allowing the customer to make a fully informed decision. 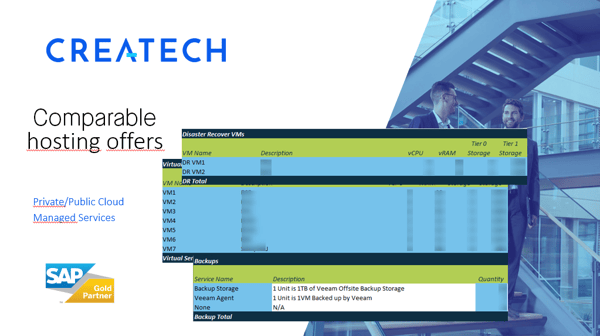 Figure 2: Despite the common myth, the public cloud is economically competitive

Eventually, EACOM decided to move to the cloud, choosing Amazon Web Services (AWS). The migration timeline would be very short, i.e., less than three months. The whole project went smoothly and started with a proof of concept followed by two entire cycles of SAP ECC6 and SAP BW Landscapes.

In the context of the COVID-19 pandemic, all project meetings would be conducted online. Both SAP Landscapes, SAP ECC6 and SAP BW, would run a parallel course, meaning that each tier (DEV, QAS, PRD) would be migrated at the same time to their target environments on AWS. 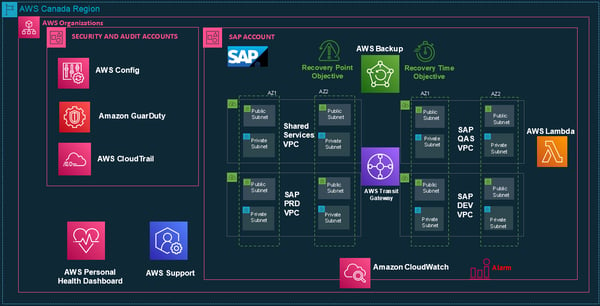 Figure 3: AWS Control Tower allows you to build an SAP landing zone with security at its core

Come as you are

It is sometimes misunderstood that moving SAP to the public cloud implies that, as a prerequisite, the database has to be converted to HANA. You do not need to move to HANA or convert to S/4HANA. Especially since SAP has formally announced that mainstream support for SAP Business Suite 7 software will be continued through the end of 2027, you can relocate your current SAP AnyDB to the public cloud, and later on innovate at your own pace.

As of 2021, AWS comprises over 200 products and services including computing, storage, networking, database, analytics, application services, deployment, machine learning, etc. But even though you would only be using a few of these services for migrating and running SAP, you would still need to keep up to date with new capabilities and use them to achieve the best possible benefits for your business. For example, this would mean running the latest generations of AWS EC2 instances without overprovisioning resources, within the guardrails of what is supported when running SAP in the Cloud. For AWS, a good starting point would be reviewing SAP note 1656099.

Because of the large number of services and capabilities offered by AWS, there is most of the time more than one way to achieve the same technical outcome. A sound recommendation would be to leverage Cloud Native services as much as possible. As an example, in order to perform SAP instances backups, you could use AWS Backup, which provides an intuitive, easy-to-use, cost-effective, and fully managed service that further simplifies data protection at scale.

Figure 4: Backups as a service on AWS

AWS Backup can also be used to define and implement a passive Disaster Recovery scenario for your SAP applications.

It can feel overwhelming to suddenly switch from traditional on-premise environments to a cloud IaaS platform. How to identify security weaknesses? Which pricing model would be more suitable to the different SAP VMs? Which ones of those VMs would need to be resized, either by scaling up or scaling down?

AWS Trusted Advisor comes to the rescue; it is a feature of AWS Support, which inspects customer environments and identifies opportunities to save money, close security gaps, and improve system reliability and performance. You can access all Trusted Advisor checks from a single dashboard and get notified automatically.

To conclude, moving an SAP estate to the cloud generally improves infrastructure resilience and security posture, and provides a more scaleable, agile, and flexible platform, all while reducing your overall total cost of ownership. Such migration does not need to be unnecessarily long or complex. An experienced partner who has deep knowledge of both the SAP product ecosystem and cloud infrastructure landscape can help you minimize costs and maximize the speed of your migration.

As EACOM’s testimony proves it:

“We’ve had a relationship with Createch for almost 10 years. They have a very good understanding of our business. They’ve demonstrated creativity and flexibility when presenting solutions and solving problems. The availability, accessibility, attitude, cooperation, and communication of the Createch staff assigned to our projects has always been top-notch.”

No two cloud migrations are alike. Whether this is your first migration or not, each one takes careful planning. Contact us to learn more.