Back to blog
Posted July 29 2020
Written by Farid Brahimi

We recently completed a SAP S/4HANA Conversion in 7 months for our customer Mondou.

The point of this article is not to depict a romanticized version of a SAP S/4HANA conversion project. Those 7 months spent on the conversion project have sometimes been intense, we faced numerous unexpected issues, and we had our doubts …. But we eventually, we made it, and we are quite proud of it, and we did it within allotted time and budget.

The newly converted SAP S/4HANA system has been a real success since the GO-Live! 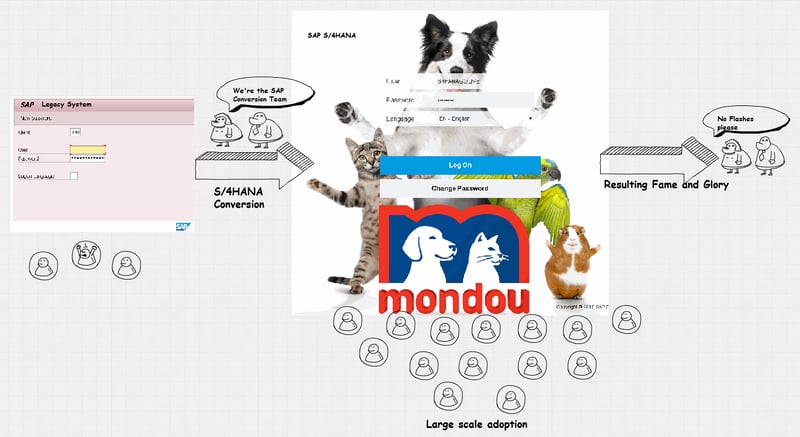 This article summarizes the 3 main lessons learned during this migration project:

2. Keep the conversion simple and straightforward 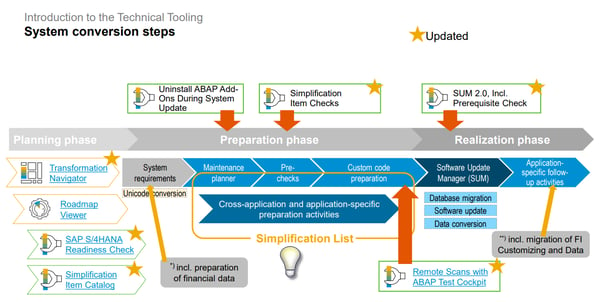 To prepare for the migration to SAP S/4HANA, SAP delivers new tools on a regular basis. These tools are improved with each new version of SAP S/4HANA, and greatly simplify the conversion; thus, they are not optional.

With so many tools, so many controls, and prerequisite checks, where should one start? It can be easy to feel overwhelmed. Should you start focusing on the migration of the database? Make sure that the new virtual machines are provisioned and correctly configured? Schedule Fiori workshops? … None of the above…

Although important, those tasks should not be the focus when starting a SAP S/4HANA conversion project.

When running the simplification item check (/SDF/RC_START_CHECK) two types of checks are possible: Relevance check and Consistency check both making sure the system is stable for the conversion to be authorized.

One of the main advantages of getting preliminary results from the “Simplification Item Check List” in a fresh sandbox (Copy of Production), is that it will give you an idea of the extent of the work required before the migration can actually begin. It could even help you define or redefine the timeline of your SAP S/4HANA conversion project.

In other words, as long as you have items displayed in red in the Simplification Item List, the conversion is technically not allowed.

As an example, at the very top of the list of unresolved activities, there is the Business Partner Approach. In SAP S/4HANA, the use of Business Partners becomes mandatory, it requires conversion of all existing business relationships in SAP via CVI (Customer Vendor Integration).

Other than the CVI, any skeleton in the closet (past customizing errors, past archiving issues, etc.) would most likely come out in the Simplification Item List and would need to be corrected at this stage.

To handle every red alert in the Simplification Item List the very first time, it might take weeks, even months. This will keep the entire S/4 Migration Team busy for as long as it takes to process all alerts.

All the more reasons to run the “Simplification's Item List” as early as possible. Then, while the functional consultants are working on addressing each application area in the list, Basis, Linux Admin and Cloud Architects would be focusing, among other things, on provisioning new virtual machines on-premise or cloud-based.

As of July 2015, SAP’s Maintenance Planner, which can be found on the Support Portal, is the main tool for planning updates, upgrades, and new installations in your system landscape. Plan a SAP S/4HANA conversion session as early as possible, you would still need to ensure that the system definitions are correctly replicated.

Plan for S/4HANA in the Maintenance Planner

It is worth mentioning that both the SAP “Simplification Item Check List” and the “Maintenance Planner Checks” have been integrated into the Global SAP S/4HANA Readiness Checks 2.0.

2. Keep the Conversion Simple and Straightforward

Remember, SAP has developed tools to help you simplify your conversion. Use them!

SAP provides many deployments options, but SAP is also increasingly providing guidance. Those are official best practices that will simplify your SAP S/4HANA landscape. For example, when it comes to Fiori architecture, the recommendation is to have an embedded SAP S/4HANA system with both front-end and back-end servers hosted on the same machine.

Having an embedded deployment will simplify your Fiori architecture, facilitate troubleshooting, and speed up your deployment.

For example, use Rapid Activation for Fiori in SAP S/4HANA 1809

The implementation process for SAP Fiori has been considerably simplified, significantly reducing the time and effort required to do so: 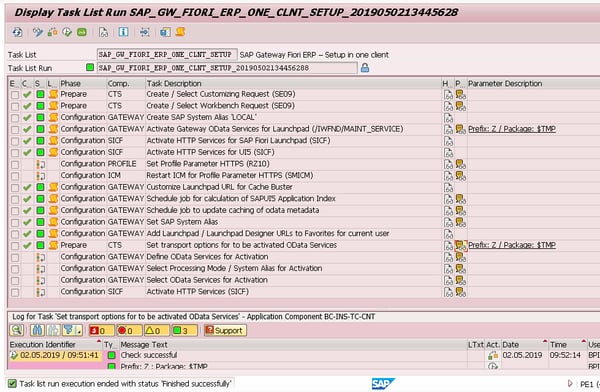 It takes now no more than a few hours to deploy Fiori, with Enterprise Search and Embedded Analytics. It used to take an entire day just a few years ago!

As it turns out, several of those HANA misconceptions could have a direct impact during and after the SAP S/4HANA conversion.

For example, after the conversion we observed that some ABAP jobs were a lot more time-consuming than anticipated. Even though, we were running HANA’s latest version, indexes might still be required for the optimization of central, performance-critical queries. 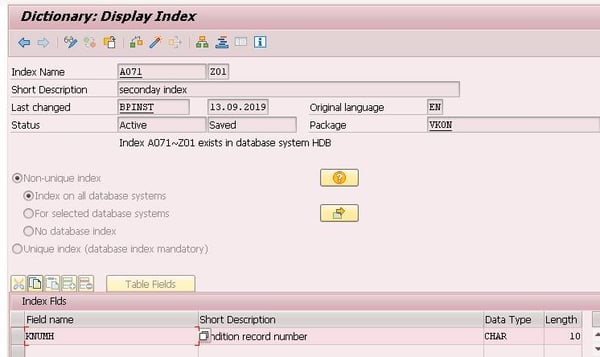 Here, for mass accesses to the table A071 (plant-specific sales prices), the creation of a secondary index has drastically reduced the job’s runtime.

Another popular HANA misconception, listed in the above mentioned SAP note, is that a high memory allocation indicates a serious issue. It’s not.

Linux may allocate additional memory for the page cache if available. This isn’t an issue because in case of a higher memory requirement from the SAP application, the page cache will reduce its size flexibly. A more relevant indicator would be the Database Used Memory.

So, relax, you most probably don’t have a sizing issue on your HANA server, your database is not about to crash!

This is actually a misconception that goes far beyond SAP HANA borders, more information could be found here: https://www.linuxatemyram.com/

After spending several weeks preparing and working on the migration of the database, rehosting your database and sometimes your application servers, and eventually successfully completing the SUM (Software Update Manager) post-processing, you may think that the conversion is over. Well, it’s not.

SUM Completion, it is not over yet.

Right after the SUM post-processing, the Financial Migration (FI) needs to take place, for the newly migrated system to be useable.

After the technical migration to SAP S/4HANA, the line items related to the general ledger, controlling, material ledger, and asset accounting of the ACDOCA (Universal Journal Entry Line Items) table must be filled out.

The FI conversion, which should obviously be conducted by experienced FI consultants, can be monitored through the IMG (Implementation Guide). 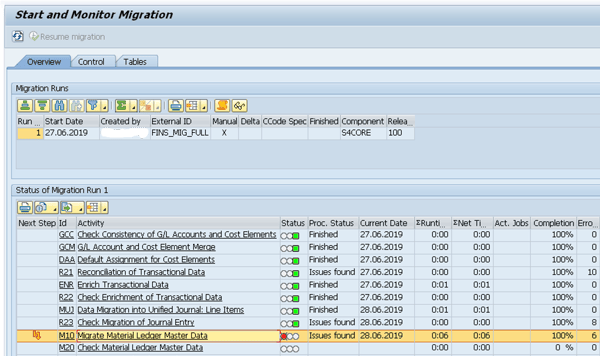 The FI migration has a significant impact on CPU usage and memory utilization.

Whether you choose to go to the SAP public cloud solution or remain on-premise, make sure your servers can handle the additional workload and that they are scalable.