Adding to the reduction in manual order entry by customer service, Regal has decreased by 70% the calls from Sales. Order reception and processing now happens within 48 hours.

We will forever hold excellent memories of our collaboration with Createch as part of the implementation of DSI Route Sales at Regal Confections. The firm's experts are knowledgeable, dedicated, and greatly interested in the success of their clients. The new solution deployed meets our needs, as well as our initial objectives. Employees are also happy to have a modern tool which simplifies their tasks.

Following the acquisition of Euro-Excellence (EEX), Regal Confections (Regal) wanted to provide its sales network with better adapted tools, by moving towards mobility. EEX employees were already used to a mobile solution, which was not the case for the sales staff at Regal.Regal decided to replace the mobility system that EEX used. Indeed, it was obsolete and not integrated with JD Edwards, the company’s management system. The latter had several shortcomings, including:


Regal was already using JD Edwards for ordering but had no application to capture order entries on the road. The company wanted to equip the EEX sales team, which is mainly composed of travelling representatives, with a mobility solution that provided access to real-time information to quickly respond to customer needs and optimize the order process.

There were several objectives regarding the Regal mobility project, including:

As we needed to move the 25,000-square-foot EEX warehouse facility and integrate this division with JD Edwards in a three months’ tight deadline, the DSI Route Sales (DSI) solution has proven to be a wise choice, because the solution is already integrated with JD Edwards. As DSI goes well with its ERP, Regal expected a quick and easy integration; which was an imperative, given the context. In addition, the company was attracted by the scalability of DSI, as well as its ability to be customized according to the current and future needs of the business.

Thanks to DSI, Regal has managed to reach all its initial objectives. The solution ensures, among other things:

DSI also meets the established selection criteria, including being:

In fact, the implementation of DSI is already profitable to Regal, which has:

Regal has been doing business with Createch for more than six years due to the use of JD Edwards. The success of this project confirms for a second time the confidence that Regal already had in Createch's expertise. The company appreciated the proximity with which it was able to work with the experts, reacting in record time to the glitches encountered. They managed to meet the major challenge represented by the short delay. 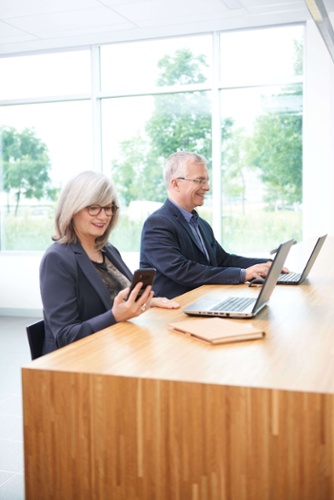 Discover our mobile solutions
Sounds interesting? Book a meeting with an expert.

Your success is also ours! Tell us how we can help raise your potential.